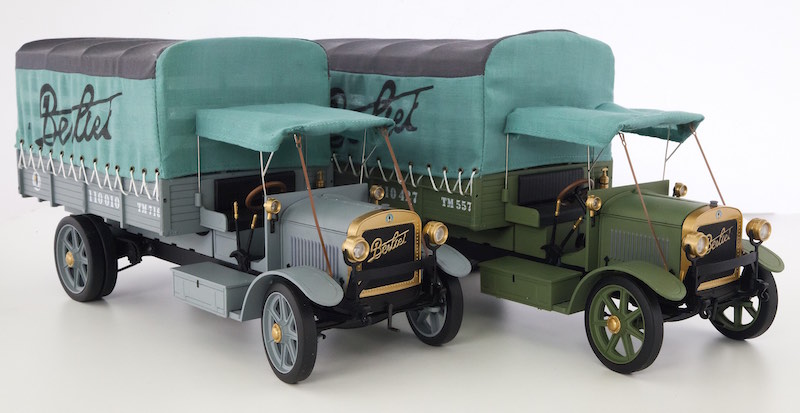 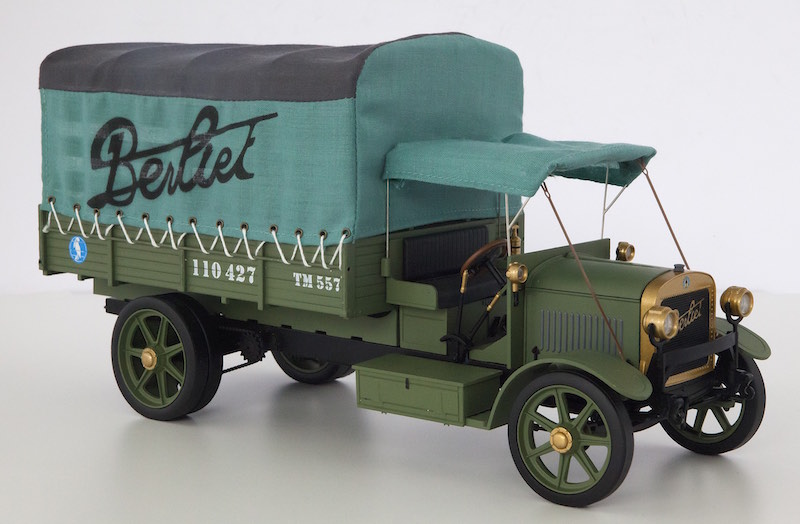 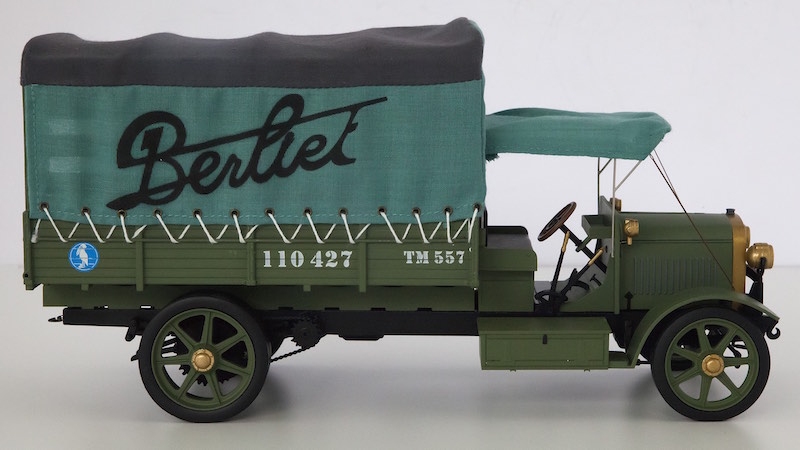 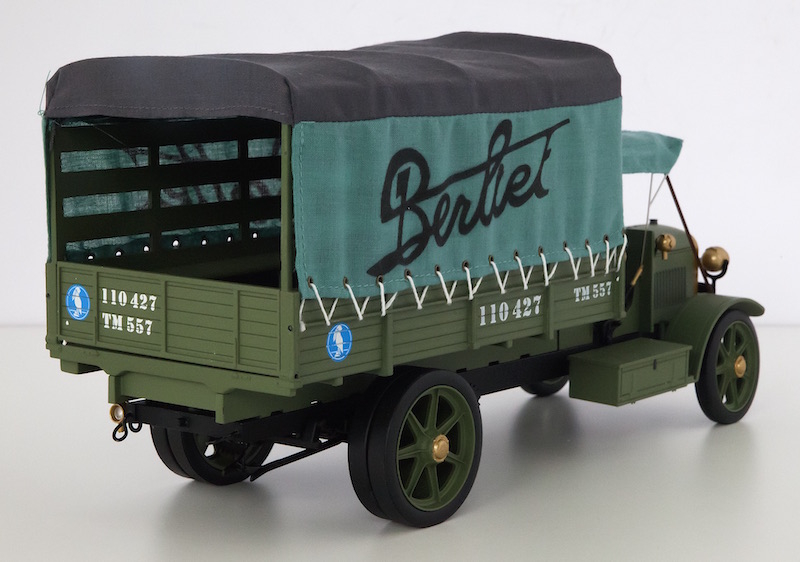 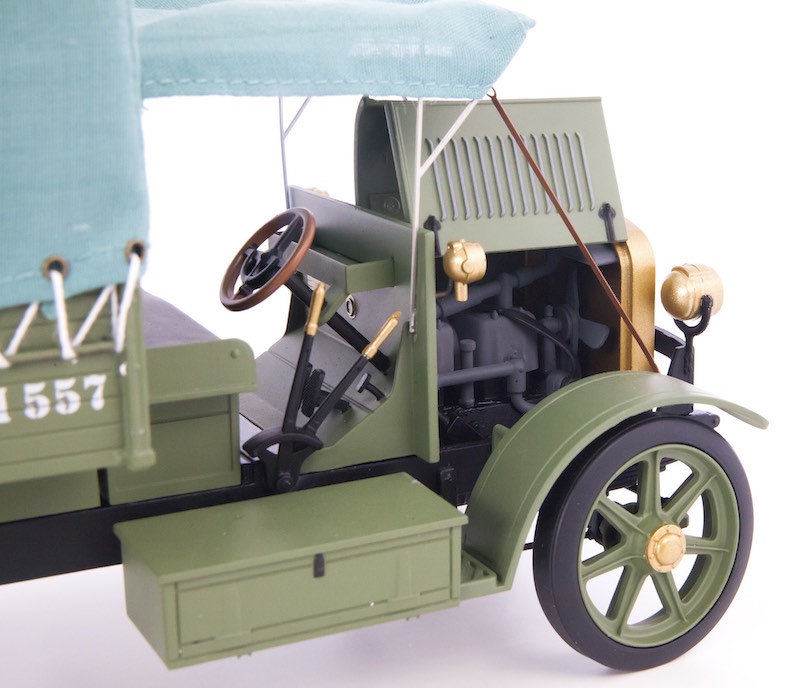 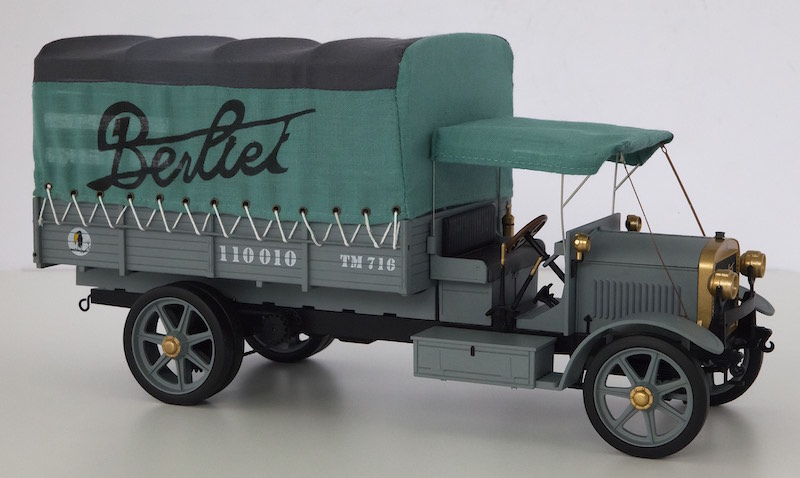 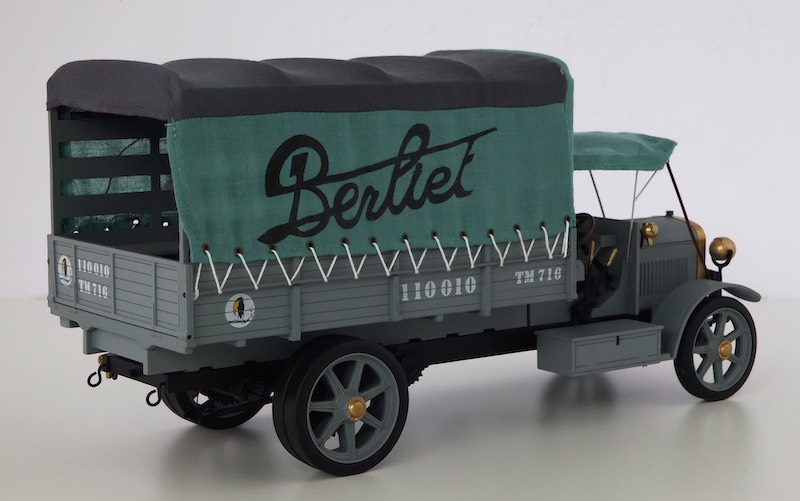 From the beginning of the 20th century. Marius BERLIET, car manufacturer in LYON (France), was profoundly convinced that, in the future, the truck would be a great complement to train transport. The first BERLIET truck was built in 1907 but the BERLIET CBA was not issued until 1913.  Importantly, the BERLIET CBA was the model that introduced the BERLIET brand across the world. Thanks to a reputation earned during World War I, the CBA model marked the growth of the truck as ground transport.  40 000 BERLIET CBA trucks were issued from 1913 to December 1932, an unbelievable record for the time. Manufactured from 1917 in the Monplaisir and then in the Vénissieux factories, the BERLIET CBA saw regular improvements during that 20 year period.

Military truck competitions were held for the first time in 1907 in order to select the most robust military trucks.  These trucks were designated “camions primés “(*) . Additional models were added through yearly competitions. From 1908 to 1914, BERLIET and DE DION–BOUTON were the only two companies who won the label “ camions primés “(*) each year. The year 1913 marked the release of the BERLIET CBA. That same year, it was certified for 3 metric tons which increased to 4 tons the following year. Thanks to its sturdy reliability, it was recognized as a legendary truck capable of transporting 5 tons alone and 10 tons with a trailer.

(*) “camions primés” = Trucks purchased on allowance : Instead of buying trucks directly, the French Army awarded each professional user an allowance when they purchased a truck with the label “camion primé” In exchange, should the Army need the trucks, they were returned with the driver to a pre-designated place.

“THE” truck of the Sacred Way (Voie Sacrée)

Two months after war was declared, the French Army placed an order of 100 BERLIET CBA trucks per month. By the end of 1915, the BERLIET factory limited production to the CBA truck and shells. At that time the Army massively increased their orders.  By the end of the war, the monthly production rate reached 1000, which was a record across the world. Most of the CBAs were staked trucks with canvas. They were painted in artillery grey or olive green. The BERLIET CBA was an all purpose truck, hence the most widespread in the army during the war : capable of transporting men, material, munitions, spare parts for airplanes, medical, special equipment, etc. The trucks were key to winning the famous battle of VERDUN. There was only one road between the cities BAR-le-DUC and VERDUN (**) that trucks could take to provide men and munitions to the French Army.  By March 1916, 3500 trucks transported men and goods along this road. More than half were BERLIET CBA ! Every 14 seconds, one truck took this famous road. In June alone, the trucks transported more than 500,000 tons of materiel and 400,000 men. And, unfortunately, they also transported more than 200,000 wounded soldiers on their return journey. There were more BERLIET CBA trucks produced during the war than any other. With about 15,000 trucks produced during World War I, the BERLIET CBA remains the emblem truck of the Great War.

Production by MAQMADON
This model truck is sold exclusively by